Watch the First Trailer for Disney’s ‘Into the Woods’ 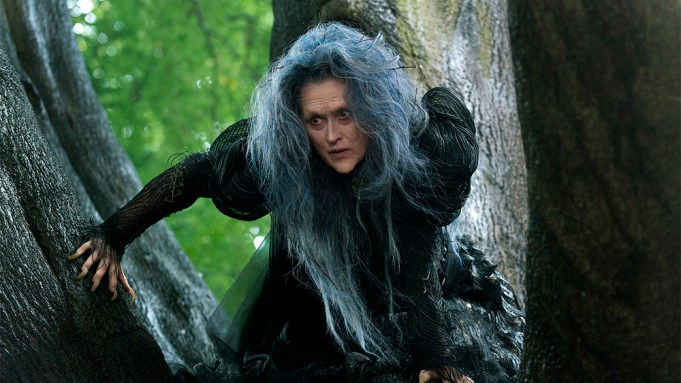 Disney has released the first official trailer for the much-anticipated musical “Into the Woods,” which opens Christmas day.

Based on the Broadway musical, “Into the Woods” stars Meryl Streep, Emily Blunt, Johnny Depp, Chris Pine and Anna Kendrick and was composed by Stephen Sondheim.

The trailer opens with the various iconic characters offering wishes, followed by the warning “This Christmas Be Careful What You Wish For.” There are no songs in the trailer, however.

The Disney fairytale mash-up, based on various Grimm fairy tales, revolves around a childless baker and his wife (James Corden and Blunt) who attempt to lift a family curse by journeying into the woods to confront the witch that put the spell on them. Along the way, they encounter Rapunzel, Cinderella, “Jack and the Beanstalk’s” Jack Little, Red Riding Hood and other classic fairy tale characters.

Depp plays the Big Bad Wolf although he’s barely seen in the trailer. Kendrick portrays Cinderella and Pine plays her prince while Streep plays the witch.

It’s Disney’s first live-action movie adaptation of a Broadway musical. “Into the Woods” premiered on Broadway in 1987.