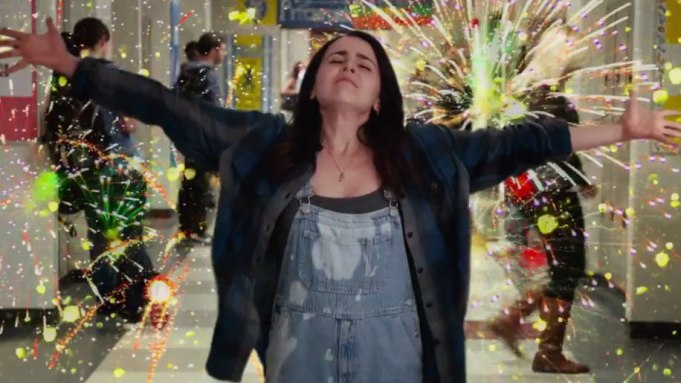 CBS Films has released the first trailer for high school comedy “The DUFF,” a week after announcing a three-year distribution partnership with Lionsgate.

The first film to kick off the agreement is “The DUFF,” directed by Ari Sandel and starring Mae Whitman and Bella Thorne.

Whitman portrays a high school senior who remakes herself on learning that she’s known as “The DUFF” — the Designated Ugly Fat Friend — to her prettier, more popular friends. Ken Jeong stars as her favorite teacher and Nick Eversman plays her crush.

The Lionsgate logo is nowhere in sight in the 2-minute trailer. “The DUFF” is set to hit theaters next year.