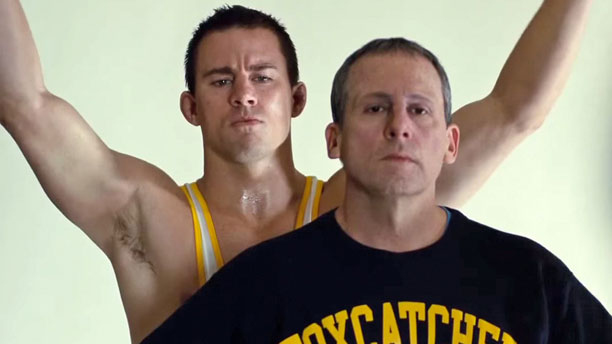 If you thought the first “Foxcatcher” trailer was unnerving, brace yourself for the latest clip.

“I am leading men, I am training them, I am teaching them, I am giving them a dream and I am giving America hope,” du Pont says, which would be reassuring if we didn’t already know that he pits Channing Tatum (who plays an Olympic gold medal-winning wrestler) and Mark Ruffalo’s characters against each other before murdering Ruffalo.

Bennett Miller’s “Foxcatcher,” which is based on true events, is one of fall’s most highly anticipated movies after receiving rave reviews and igniting Oscar buzz at the Cannes Film Festival earlier this year. The psychological thriller hits theaters on November 14.