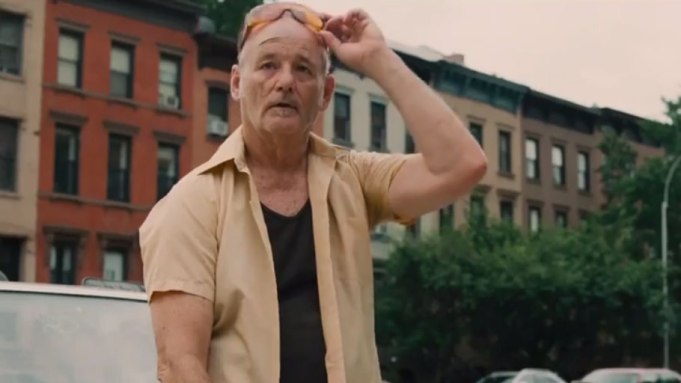 The Weinstein Co. has released the first trailer for Bill Murray’s comedy “St. Vincent,” four months before its Oct. 24 opening.

The trailer lays out the basic plot points of friendship between a 12-year-old boy and his dissolute neighbor showing him gambling, strippers and drinking.

It starts with a bank teller telling Murray’s character he has no money in his bank account — “Here’s zero — you went below zero” — followed by Norman Greenbaum’s widely used “Spirit in the Sky.”

“St. Vincent” is directed by Ted Melfi and co-stars Melissa McCarthy as the boy’s mother, Chris O’Dowd as a priest and Naomi Watts as a stripper. “What kind of a man takes a child to a bar and a race track?” McCarthy’s character asks.