Continue to Variety SKIP AD
You will be redirected back to your article in seconds
Dec 9, 2014 12:38pm PT 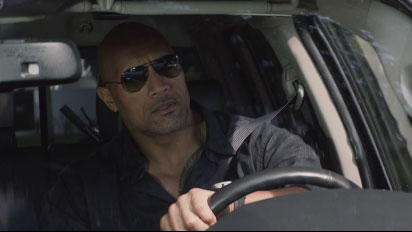 The trailer — posted by Johnson on his Twitter account — shows a 9.0 quake hitting California, bringing down an array of buildings in Los Angeles and San Francisco, a major dam and the Hollywood sign.

“Where will you be, who will you be with, when everything falls apart?” the trailer asks.

Paul Giamatti, Archie Panjabi, Art Parkinson, Carla Gugino and Alexandra Daddario also star in the film. “I cannot emphasize this enough: You need to get out, and I mean now,” Giamatti’s character yells in the trailer.

Even though the movie is set in California, nearly all of it was shot in Australia. Johnson portrays a copter pilot who rescues his daughter in San Francisco.

Brad Peyton is directing from a script by Carlton Cuse. Beau Flynn is producing through his FlynnPictureCo. along with Village Roadshow.