WATCH: Robin Williams Has 90 Minutes to Live in ‘Angriest Man in Brooklyn’ 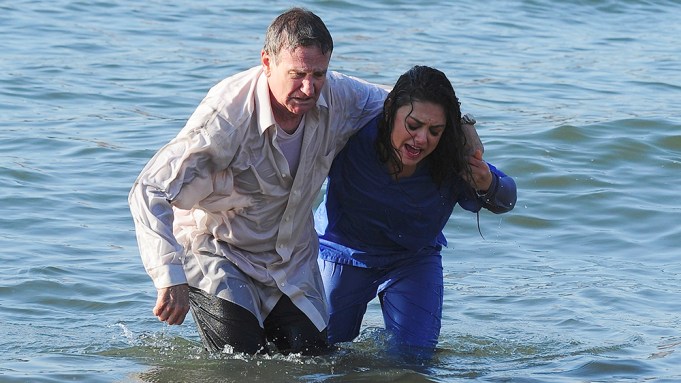 Talking about a ticking clock.

Robin Williams, a.k.a. the angriest man in Brooklyn, is told by a ticked off Mila Kunis that he only has 90 minutes to live after he suffers a brain aneurysm following a car accident. Unbeknownst to Williams, Kunis’ character has made up the arbitrary time span to punish him for yelling at her.

The first trailer for Phil Alden Robinson’s “The Angriest Man In Brooklyn” (his first film in 12 years) find Williams running around town to right his wrongs, including making amends to his wife (Melissa Leo), brother (Peter Dinklage) and son (Hamish Linklater).

The remake of the Israeli film, “Mar Baum,” also stars Richard Kind as Williams’ only friend. It premieres in limited release and on VOD May 23.