WATCH: Robert Pattinson Fights for His Life in New ‘The Rover’ Trailer 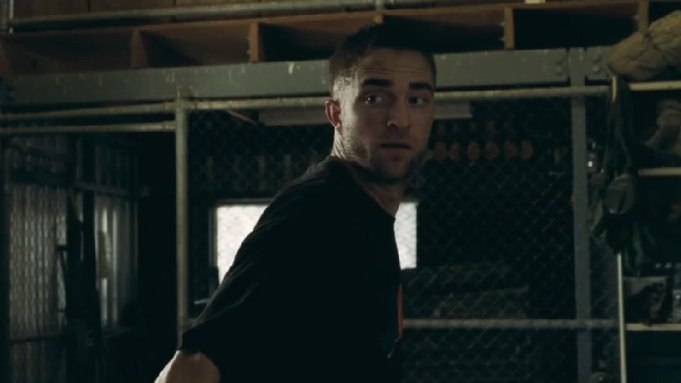 Robert Pattinson completely sheds his sparkly vampire image in the dark, suspenseful new trailer for his upcoming film “The Rover.”

The crime drama, set in the Australian desert, follows main character Eric (played by Guy Pearce) as he sets out to track down a gang of criminals who have stolen his last possession. Along the way he meets Rey (Pattinson), an injured member of the gang who is left behind near the start of the trailer.

The clip ominously states that “anarchy is loosed upon the world,” and from the looks of it, Pearce and Pattinson’s characters will come up against some rather formidable enemies along their journey. “If you don’t learn to fight, your death’s going to come real soon,” Eric warns Rey.

The film, written and helmed by David Michôd, is based on a story by Michôd and Joel Edgerton and also stars Scoot McNairy, Anthony Hayes, Gillian Jones, Susan Prior, Nash Edgerton, David Field, Jamie Fallon and Samuel F. Lee.

“The Rover” is set to premiere at Cannes before bowing in Gotham and L.A. theaters on June 13. The film will be released nationwide June 20.