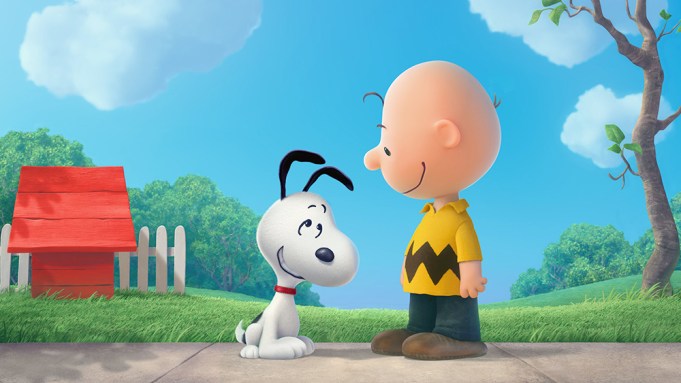 Snoopy dominates in a new teaser trailer for the animated “Peanuts” movie, due out Nov. 6, 2015, for 20th Century Fox Animation and Blue Sky Studios.

The computer animated 3D movie, based on Charles Schulz’s iconic strip, opens with Snoopy sleeping on his doghouse with Vince Guaraldi’s classic “Linus and Lucy” theme playing as Woodstock and his bird friends work on Christmas decor.

Snoopy then wakes up in Paris as his World War I flying ace in pursuit of the Red Baron, then returns to the initial setting. The trailer concludes with a brief scene of Charlie Brown coming into a movie theater to see the movie.

Fox acquired the feature film rights in 2012 to Schulz’s comic strip and set “Horton Hears a Who!” and “Ice Age: Continental Drift” helmer Steve Martino to direct the toon.

Schulz’s son and grandson, Craig and Bryan Schulz, are writing the script with Cornelius Uliano. All three will produce along with Paul Feig.

The “Peanuts” comic strip has been syndicated in 75 countries, and inspired television specials including “A Charlie Brown Christmas” and “It’s the Great Pumpkin, Charlie Brown.” “Peanuts” features have included 1977′s “Race for Your Life, Charlie Brown”and 1972′s “Snoopy Come Home.”