Continue to Variety SKIP AD
You will be redirected back to your article in seconds
Nov 17, 2014 3:33pm PT 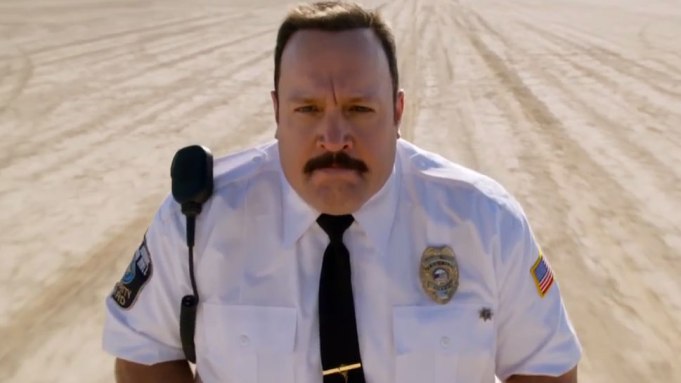 The sequel to 2009’s original “Mall Cop” outing, which made upwards of $180 million globally, takes Blart (Kevin James) to Las Vegas for a security guard convention and some quality time with his daughter before she heads off to college. When he inadvertently uncovers a hotel heist, Blart takes charge of a group of fellow low-grade security guards to save Las Vegas.

In classic James fashion, the trailer sees Blart square off against an exotic bird and run into a glass wall. He even punches an elderly woman in the stomach. Against the glitz of glamorous hotels and casinos, Blart and his associates look as unpolished as ever.

James teamed up with Nick Bakay once again for the screenplay, with director Andy Fickman at the helm.  The comedy also stars Raini Rodriguez, Eduardo Verástegui, Daniella Alonso, Neal McDonough and David Henrie.