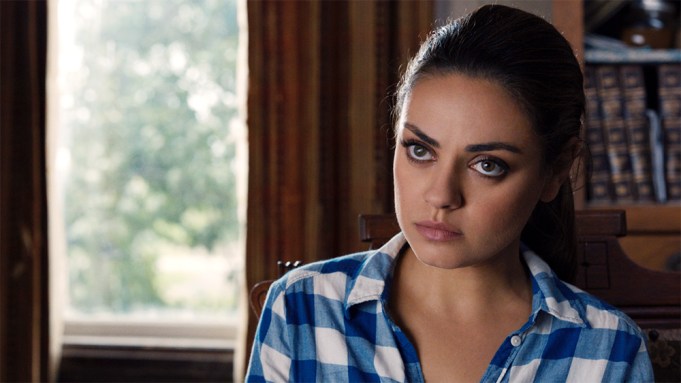 Kunis plays Jupiter Jones, a janitor who learns she is the unsuspecting member of alien royalty and is in line to inherit control of Earth. Tatum plays a Caine Wise, a genetically engineered hunter who becomes her companion as she travels through space. Eddie Redmayne, Sean Bean, Douglas Booth and Tuppence Middleton also star.

The film is on track for a Feb. 6 release, after production shakeups led Warner Bros. to delay its originally planned July 18 premiere.