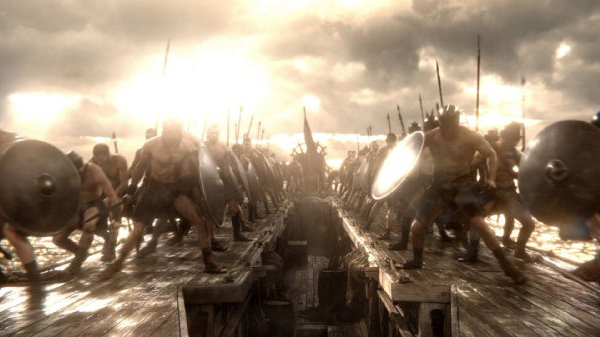 Vengeance and violence dominate in Warner Bros.’ newest trailer for its sword and sandals sequel “300: Rise of an Empire,” unveiled six weeks before the March 7 release.

Based on Frank Miller’s graphic novel “Xerxes” and directed by Noam Murro in the same style as 2006′s surprise hit “300,” the new film centers on Greek general Themistocles (played by Sullivan Stapleton) and his attempts to unite all of Greece against the Persian invaders with much of the battling at sea.

Zack Snyder, director of “Man of Steel” and “300,” is producing along with Mark Canton and Gianni Nunnari. Eva Green stars as Artemisia, and Lena Headey reprises her role from “300” as the Spartan Queen along with Rodrigo Santoro as the Persian King, Xerxes.

“300″ grossed $456 million worldwide. In the trailer, Headey’s Queen Gorgo urges  Themistocles to seek vengenace for the death of her husband Leonidas, played by Gerard Butler in “300.”