Continue to Variety SKIP AD
You will be redirected back to your article in seconds
Nov 3, 2014 6:18pm PT 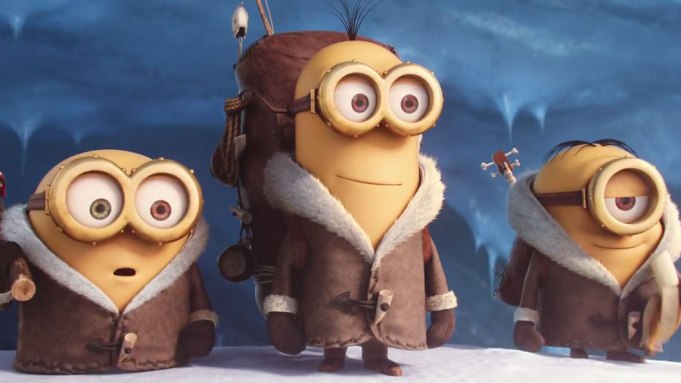 The spinoff of the two “Despicable Me” films stars minions Stuart, Kevin and Bob in search of a new master. They wind up in New York in 1968 after serving an Egyptian pharaoh, Dracula, Napoleon and a dinosaur.