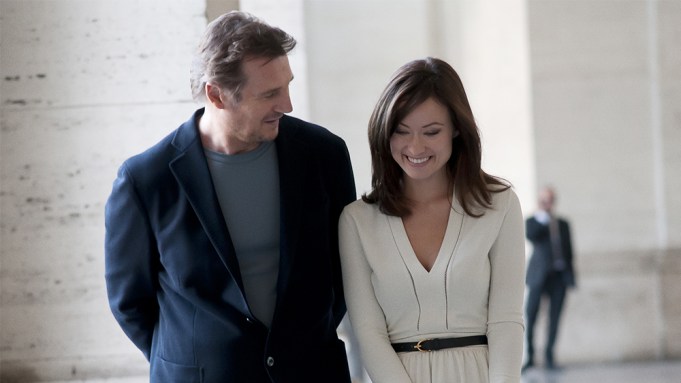 There’s a lot to keep track of in the new trailer for Paul Haggis’ romantic drama “Third Person.”

Neeson plays a writer seeing a mistress (Wilde) while in Paris. Kunis takes on the role of a troubled young mother fighting with her child’s father (Franco) to see her son again, and Oscar-winner Brody plays a businessman who seems willing to do anything for the woman (Moran Atias) he falls for in Rome. Bello and Kim Basinger also make appearances in the trailer, though their roles are less specifically defined.

As the clip rolls on, the characters’ lives continue to overlap in a way that is reminiscent of the similar storytelling method Haggis employed in his 2006 Oscar-winning pic “Crash.” Love, lust, violence, deception and suspense seem to be the themes at work here, as the trailer closes with the line “You love love. It’s people you don’t have time for.”

Sony Pictures Classics’ “Third Person” premieres at the Tribeca Film Fest on April 24 and is expected to bow in theaters later this year.