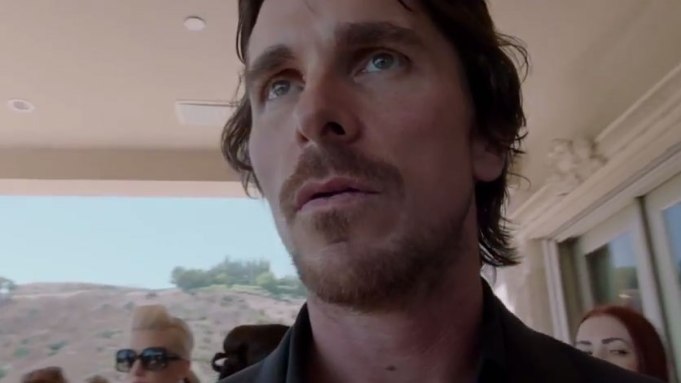 FilmNation has released an enigmatic new trailer for Terrence Malick’s “Knight of Cups” on the heels of its selection to contend in competition at February’s 65th Berlin Intl. Film Festival.

The trailer presents Bale as a bewildered man in a quandary with how to lead his life now that he’s become part of life in the fast lane in Hollywood.

“All those years living the life of someone I didn’t even know,” he intones at the start of the trailer.

Cate Blanchett and Natalie Portman also star in what has been described as a story of celebrity and excess.

“Knight of Cups” will have its world premiere at Berlin, where Malick won a Golden Bear in 1999 for “The Thin Red Line.” Sarah Green and Nicolas Gonda are the producers.