Watch: ‘Jurassic World’ Teaser Takes Look Back at the Original 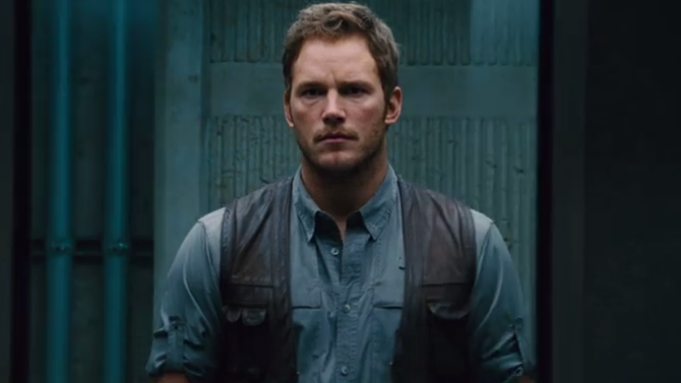 Aside from the turkey and stuffing, movie fans can look forward to the full trailer for “Jurassic World” debuting on Thanksgiving. But to hold over appetites, Universal Pictures released a very brief teaser to the teaser on Sunday, with some new footage showing the park and the stars.

The full trailer for the film will be revealed during Thanksgiving football on NBC (for those looking to be exact, the trailer countdown ends at 6 p.m. PST/9 p.m. EST). The tease released Sunday evoked some nostalgia, using a version of John Williams’ iconic original Jurassic Park theme song, while mixing in some of the new.

In the video, the classic Jurassic Park gate is shown, though it now reads Jurassic World. A group of people look on as Gallimimus dinosaurs stampede past in the noticeably bigger park. There’s then a quick glimpse at the stars in the ops center, as Bryce Dallas Howard turns to look worriedly at Chris Pratt.

The fourth installment of the dinosaur series takes place 22 years after the events in Steven Spielberg’s 1993 “Jurassic Park.” “Jurassic World” was directed by Colin Trevorrow, who wrote the film with Derek Connolly. It’s set to hit theaters on June 12, 2015.