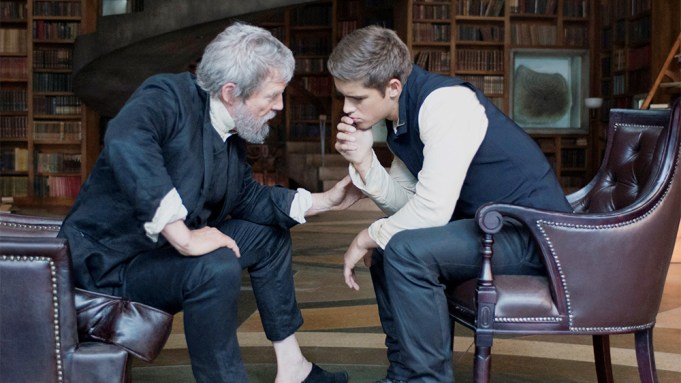 “I cannot prepare you for what’s going to happen,” says Jeff Bridges in the new trailer for his latest film “The Giver.”

That may be true, but fans can at least catch a glimpse of what’s to come in the new movie, based on Lois Lowry’s beloved novel of the same name.

The trailer provides a sneak peek at the pic about a post-apocalyptic utopian society in which all emotions have been done away with thanks to regular injections.

Though she is only featured for a split second in the trailer, songstress Taylor Swift also has a small role in the film.

While the trailer is in color, it remains to be seen whether the final product will reflect the book’s setup in which characters under the influence of emotion-checking treatments see the world in black and white and freed people see in color.