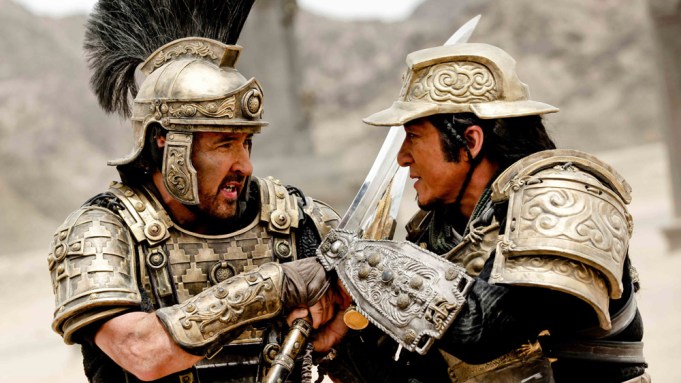 Jackie Chan’s upcoming film “Dragon Blade” may not have gotten a U.S. release yet, but the trailer for the upcoming historical epic has found a U.S. audience.

Set in 206-220 A.D., the movie focuses on a key (fictional) battle between Rome and China’s Han Dynasty. It follows Chinese officer Chan, who’s framed and later enslaved, and Roman soldier John Cusack, who escapes to China after rescuing the Prince. The two cross paths in the Western Desert.

Meanwhile, Adrien Brody plays general Tiberius as he leads the Roman army’s fight to control the Silk Road. Of course, the real Tiberius never orchestrated such an attack.

“Dragon Blade,” which cost $65 million to produce, boasts one of the heftiest budgets for a Chinese film. It hits theaters in China on February 19.