Watch: New Trailer for Pixar’s ‘Inside Out’ 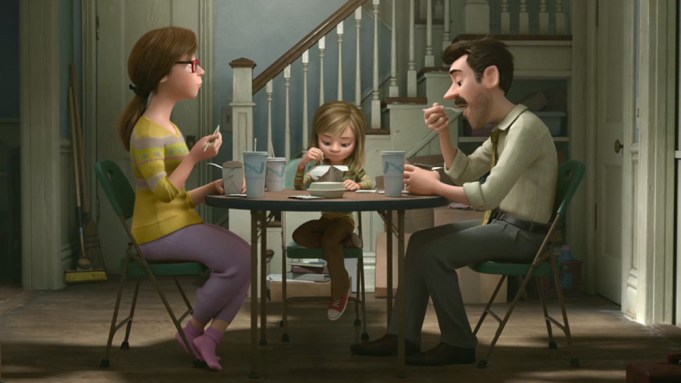 Pixar has released a new look at the little voices inside our heads with a full trailer for its upcoming flick “Inside Out.”

The movie, premiering on June 19, 2015, follows five emotions, Joy (Amy Poehler), Fear (Bill Hader), Anger (Lewis Black), Disgust (Mindy Kaling) and Sadness (Phyllis Smith), as they help to advise 11-year-old Riley through her every day life. As Riley and her emotions struggle to adjust, conflict ensues in Headquarters, where the emotions reside, as Joy tries to keep things positive despite the emotions disagreeing on how to best navigate a new city, house and school.

The new trailer offers the first look at Riley’s (Kaitlyn Dias) parents, voiced by Diane Lane and Kyle MacLachlan, who have their own set of emotions. Mom’s taking up a “The View”-like setup and Dad’s stern with mustaches.