WATCH: ‘How to Train Your Dragon 2’ Trailer Reveals New World of Dragons 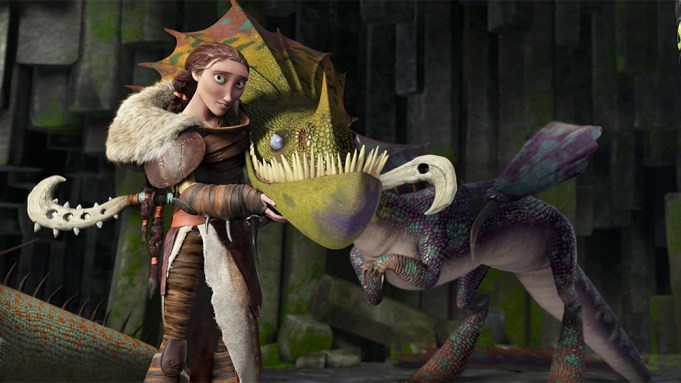 Hiccup and Toothless the dragon are back in action in the latest trailer for “How to Train Your Dragon 2,” the sequel to the popular 2010 animated pic.

Jay Baruchel returns as the voice of Hiccup, who’s grown up quite a bit since audiences last saw him as a timid and gangly young Viking. Based on the new trailer, the sequel looks to explore Hiccup’s family life – particularly the dynamic between his parents – as well as the unknown realms of the mysterious dragons.

As the island of Berk gears up for the dragon races, Hiccup faces new challenges as he meets his mother, Valka (voiced by Cate Blanchett). Gerard Butler also reprises his role as Hiccup’s father, along with America Ferrera and Jonah Hill as Hiccup’s pals Astrid and Snotlout.

One thing that hasn’t changed since the first installment? Hiccup and his loyal Night Fury dragon Toothless are still a force to be reckoned with.

DreamWorks Animation’s “How to Train Your Dragon 2” hits theaters June 13.