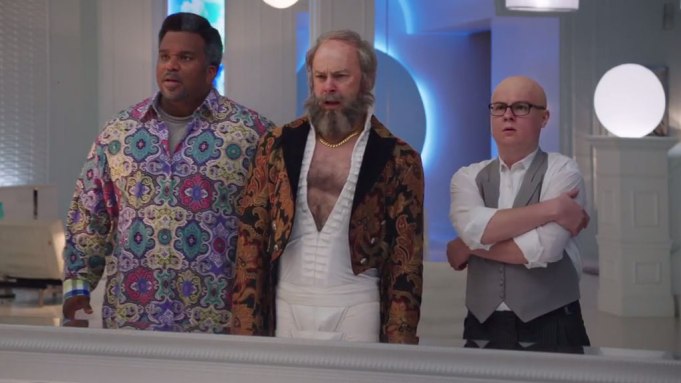 The “Hot Tube Time Machine 2” trailer premiered at Comic-Con on Thursday, and it jumps to the year 2024 for more partying between the four friends who first discovered time travel in the 2010 “Hot Tub” installment.

The film, starring Craig Robinson, Rob Corddry and Clark Duke, shows the gang attempting to return to the past to get a friend out of trouble. Yet they end up in the future, hoping to change it to correct their present-day issue. Adam Scott also stars, whereas John Cusack will not return for this installment.