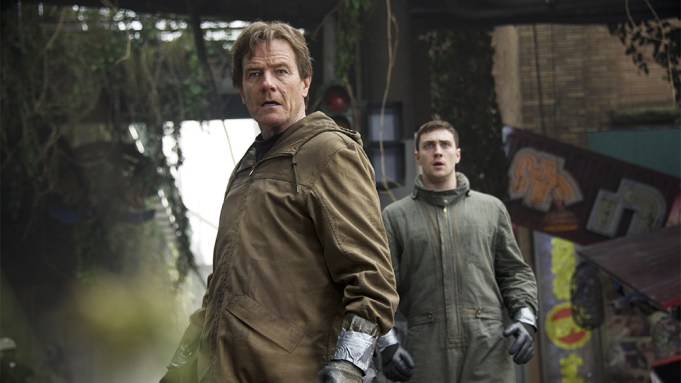 The monster has finally arisen.

The latest TV spot for “Godzilla” provides the first full look at the deadly reptile. True to deadly form, Godzilla lets out a vicious roar that sends everyone on the street running. Now we know what Bryan Cranston and Aaron Taylor-Johnson, who play a father and son in the pic, are looking at with wide-eyed, open-mouthed astonishment.

Titled “Nature Has An Order,” the clip includes new footage on the personal drama of the movie’s main characters.

“You’re only going to be gone for a few days, right?” Elizabeth Olsen’s character asks her boyfriend Taylor-Johnson. “You are going to come back to me. It’s not the end of the world.” Well, not until the tsunami hits.

Taylor-Johnson is separated from him loved ones to join the U.S. Army to fight the monster.