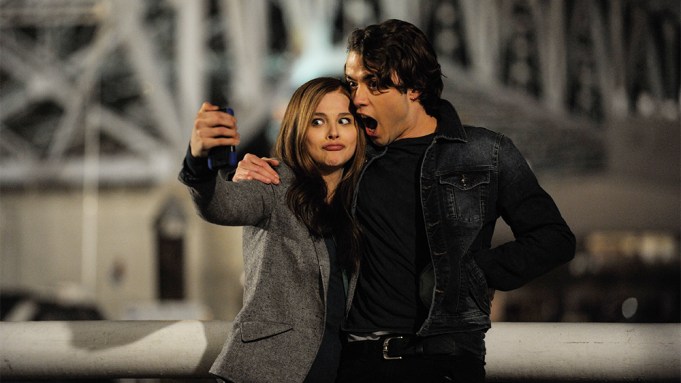 If you’re still trying to recover from the emotional “Fault in Our Stars” trailer, a warning: Here comes another tearjerker.

The first trailer for “If I Stay,” starring Chloe Grace Moretz and based on the 2009 Gayle Forman bestseller, has debuted. The story follows Grace Moretz’s Mia character, a young cellist with big dreams who is on her way to Juilliard, who also has a loving family and an adoring guitarist boyfriend played by Jamie Blackley.

Mia’s biggest problem seems to be the rift between her personal and professional future until a devastating car accident kills both of her parents and leaves her in a coma in a sort of limbo state. In an out-of-body experience, she realizes she has to choose between living and fighting through the tragedy, or passing on.

The role is quite a shift for Grace Moretz, whose recent high-profile parts include playing a telekinetic teen in “Carrie” and a ruthless vigilante in “Kick-Ass 2.” The film also stars “The Killing’s”  Mireille Enos as Mia’s mother. RJ Cutler (“Nashville”) directed with a screenplay by “Whip It” scribe Shauna Cross. Forman served as exec producer.