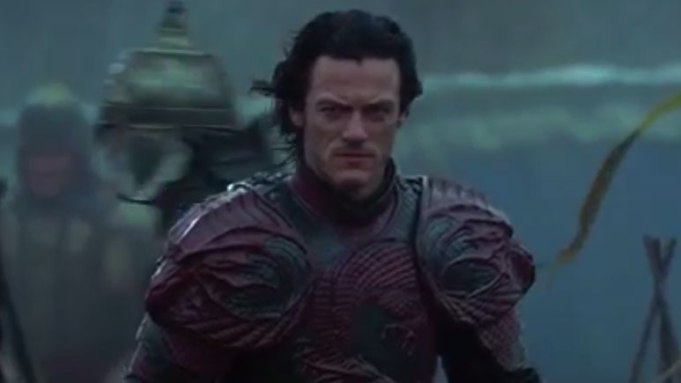 While there has been plenty of portrayals of Dracula in the media, Universal’s upcoming “Dracula Untold” aims to shed some new light on the tale — with the help of a lot of action.

The first trailer for the movie hit the web this weekend. Luke Evans stars as Vlad Tepes. While he is very powerful in human form, he becomes a vampire to protect his family after a stronger threat is posed by a greedy Turkish sultan, played by Dominic Cooper.

The ancient vampire who helps Tepes undergo his transformation is played by Charles Dance, who portrays Tywin Lannister on “Game of Thrones.” Even “Thrones” fans may not notice the actor at first, as he’s almost unrecognizable in the clip.

Lorde provides the eerie soundtrack with her cover of Tears for Fears’ “Everybody Wants to Rule the World,” a song recorded for “The Hunger Games: Catching Fire.”