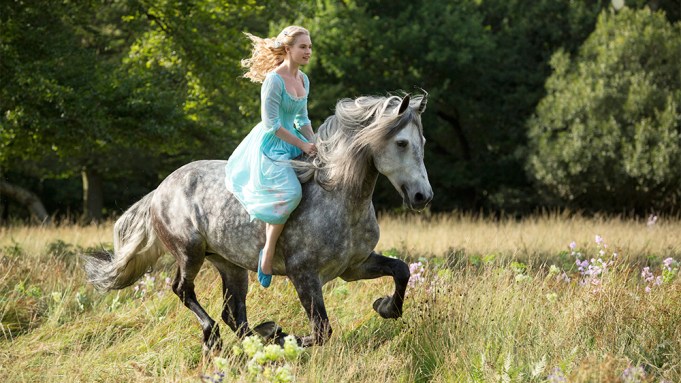 Disney has released its first teaser trailer for the live-action “Cinderella,” and it is just that — a tease.

In the trailer, fans will not get glimpse of Cinderella, a fairy godmother, nor even a pumpkin. But the clip does shows Cinderella’s glass slipper in all different kinds of angles and close-ups as it spins around to a wide shot of what the slipper will look like.

The film is directed by Kenneth Branagh (“Thor”), exec produced by Tim Lewis and produced by Simon Kinberg, Allison Shearmur and David Barron. “Cinderella” is inspired by Disney’s 1950 animated film.