The U.S. theater release date has not been revealed yet 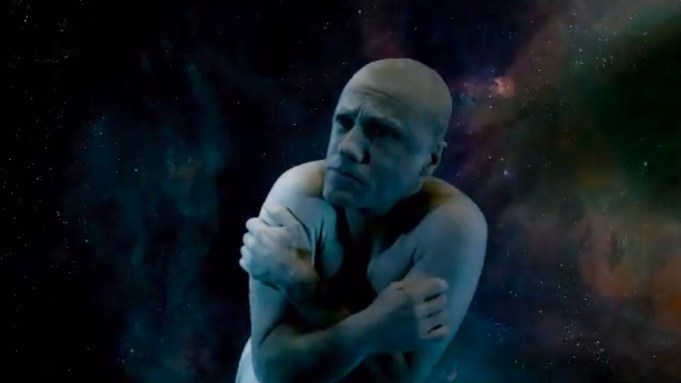 Although unofficial clips have been floating around the web for several months, the first full trailer for “The Zero Theorem” was just released. And it’s chock-full of Terry Gilliamisms.

Christoph Waltz steps out of Quentin Tarantino’s bloody universe into Gilliam’s bizarro world as he tries to find the meaning of life and struggles to solve the “zero theorem.” In one scene, Waltz, assuming the fetal position, floats naked in space à la “2001: A Space Odyssey” with nude love interest Melanie Thierry.

The thriller is reminiscent of the director’s other dystopian science fiction film, “Brazil.”

The movie, which also stars Ben Whishaw and Tilda Swinton, premiered at the Venice Film Festival to mixed reviews. It will be released in the U.K. on March 14, but the U.S. premiere date hasn’t been set yet.