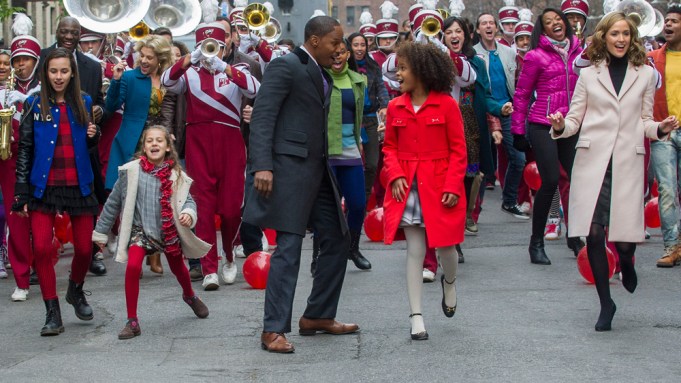 Sony has released the final trailer for its updated version of “Annie,” starring Quvenzhane Wallis and Jamie Foxx.

The movie, which opens Dec. 19, centers on Foxx playing a tycoon and New York mayoral candidate who’s advised to take in the street-smart orphan as a campaign move.

“It’s like having a turtle,” he asserts. Wallis smiles winningly throughout the trailer and declares on seeing a photo of herself, “Whoa — my hair’s gigantic.”

Will Gluck directs from a script he wrote with Aline Brosh McKenna, based on the 1977 musical stage play “Annie,” which was in turn based on the comic strip “Little Orphan Annie.”