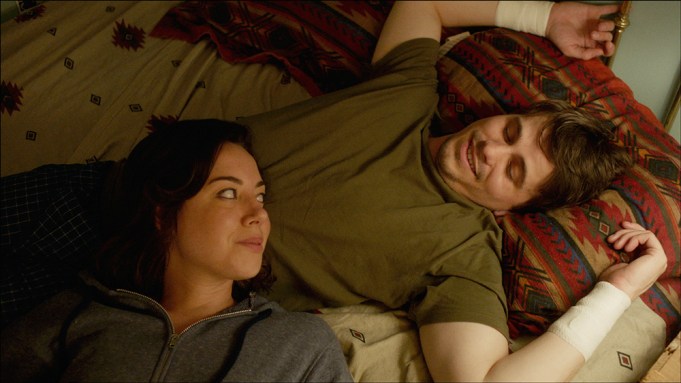 The trailer for the upcoming drama movie “About Alex” starring Aubrey Plaza and Jane Levy, which was released Thursday, shows the emotional journey a group of distant friends take to reunite with one another.

The film focuses on a group of twenty-something year-old friends, which also includes Max Greenfield, Nate Parker, Max Minghella and Maggie Grace, who have drifted apart but rally together for the weekend after one of the friends, portrayed by “Parenthood” actor Jason Ritter, the son of the late actor John Ritter, attempts suicide. Throughout their time together, college memories and conflicts reveal the difficulty in outgrowing friends while moving into adulthood.

The trailer promises romance, disagreements and comedy in the movie.

The film debuted at the 2014 Tribeca Film Festival. Writer and director Jesse Zwick is making his debut with the film.

“About Alex” is set to hit theaters August 8.