‘Transformers’: How ‘Age of Extinction’ Plans to Dominate China 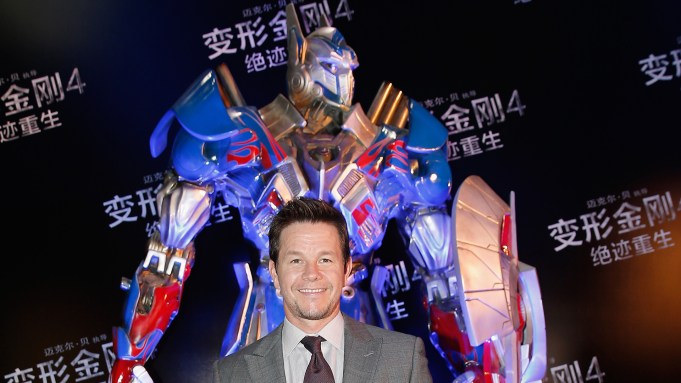 In “Transformers: Age of Extinction,” the Autobots and the Decepticons have decamped for China, lured to the world’s second biggest film market at a time when the People’s Republic’s star shines brightly.

“This is now the second biggest market behind the U.S., and the gap between number two and number three is widening,” said Rob Moore, Paramount Pictures’ vice chairman. “China is getting closer to the U.S. in terms of total box office.”

Shot partly in China and featuring such national landmarks as the Great Wall as backdrops for its story of man versus giant robot, “Transformers: Age of Extinction” may be Hollywood’s most ambitious attempt yet to concoct a East-West hybrid that will appeal to audiences from Beijing to Boise.

The film has brought on local Chinese companies as co-sponsors, launched a reality TV show to find four Chinese actors to take part in the film,  hammered out agreements with state-backed broadcaster CCTV’s China Movie Channel and Jiaflix Enterprises to produce the film and cast Chinese star Li Bingbing in a key role.

The result of the time and treasure expended in China is a film that some analysts predict could top $200 million in the Asian country alone. Philippe Dauman, the head of Paramount’s parent company Viacom, went so far as to predict last month that the picture would shatter box office records in the region.

“This is a movie that’s pitch perfect and tailor made for the Chinese market,” said Paul Dergarabedian, senior media analyst at Rentrak. “This could solidify how important the Chinese marketplace is for the movie business as a whole.”

Over the past decade, China has made a lot of noise, with its total box office expanding at a clip of 30% annually. Last year, it hit a record $3.6 billion and is expected to continue growing, as theaters are being built at a rate of more than 13 per day.

The international grosses of the first three films in the “Transformers” series reflect China’s increased importance. South Korea was the highest grossing international territory for the first “Transformers” movie in 2007, but was surpassed by China on the second and third films. For parts two and three, China contributed a massive $66.1 million and $168.2 million to the films’ bottom lines, respectively.

“As we were looking at the film and the places we’ve already gone — Michael’s shot at the pyramids, in Russia and in the Middle East — the chance to shoot in China was exciting for him both as a place where he hadn’t worked and in terms of how successful the franchise had been there,” Moore said. “It was about how do we use that strength and expand it.”

Given that there are nearly double the number of theaters in the country as there were when the last film premiered three years ago, and that many of them boast 3D and Imax screens, it’s natural to assume the picture’s grosses will enjoy a big bump. The film has also secured a coveted release date, and will debut in China on the same day it hits U.S. theaters, limiting piracy potential in a country with a lax appreciation of copyright protection.

“It’s the ultimate built-in franchise,” said Greg Foster, chairman and president of Imax Entertainment. “They really went out of their way to make it organic to China. In some movies, China has a role and it feels like it’s a charade, but this was done in a way that’s integrated naturally into the story.”

After stacking a number of American debuts for films such as “Edge of Tomorrow” and “Godzilla” one on top of the other, Chinese authorities have gone out of their way to secure a prime berth for “Transformers: Age of Extinction.” The film will be the only major U.S. production opening in Chinese multiplexes in its inaugural weekend and will have the market to itself for nearly a month before another high-profile foreign film debuts.

While China represents enormous opportunities for Hollywood studios, there are cultural barriers that can be difficult to navigate. For instance, real estate developer Beijing Pangu Investment Company pulled out of its sponsorship deal with “Transformers: Age of Extinction” last week, saying that it was upset with how its flagship Beijing Pangu Plaza Hotel was featured in the film.

Further, the country’s box office expansion has been increasingly fueled by local productions as China’s domestic film industry continues to mature. Films from the United States comprised 44% of China’s total box office in 2012, but slipped to 39% of receipts last year. For the first five months of this year, the country’s local films accounted for 56% of ticket sales.

In that atmosphere, it makes sense to load up on elements that are distinctly Chinese. But there are perils in that approach, as well. Though “Iron Man 3” featured the country and its actors in its plot line, while soaring to  $121 million in Chinese receipts, it courted controversy when it was revealed that some of these sequences and characters were edited out when the picture was released in other territories.

It’s important that a picture not appear to be pandering by adding in Chinese features, Moore argued.

“As long as those elements are organic to the storytelling and they don’t feel like something that’s been shoehorned in, than audiences will go along for the ride,” he said.