WATCH: First Trailer for Jimi Hendrix Biopic ‘Jimi: All Is By My Side,’ Starring Andre Benjamin 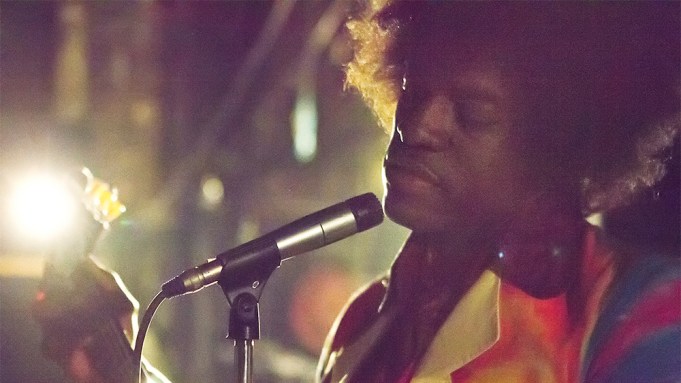 XLrator Media has released the first trailer for “Jimi: All Is by My Side,” starring Andre Benjamin. The film opens Sept. 26.

Oscar-winning “12 Years a Slave” writer John Ridley directed the Jimi Hendrix biopic from his own script.

“You want things to change?” Benjamin asks in the trailer. “When the power of love takes over from the love of power — that’s when things will change.”

“All Is by My Side” premiered at the Toronto Film Festival, where Open Road and XLrator acquired U.S. rights.

The project was created by Ridley after he discovered the Hendrix song “Sending My Love to Linda,” about fashion model Linda Keith, who heard Hendrix perform in London in 1966 and played a key role in encouraging his career.

Benjamin learned to play the guitar like Hendrix — left handed with a right-hand guitar strung upside down — to boost the authenticity of the film, which is set in 1966 London but shot in Dublin in 2012.