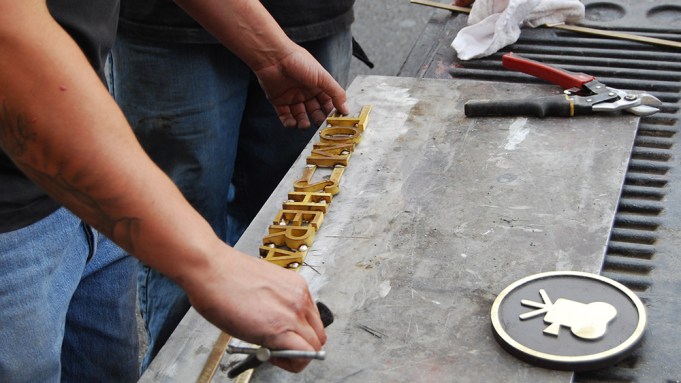 Tom Sherak, the longtime Hollywood executive who died Tuesday, was scheduled to receive a star on the Hollywood Walk of Fame in February but as the film czar’s condition worsened this week, the Hollywood Chamber of Commerce moved up the installation to Tuesday, just hours before his death.

The Chamber told Variety the ailing Sherak was able to see the plaque and photos of his star being made before he died in Calabasas, Calif.

Last fall, Los Angeles Mayor Eric Garcetti appointed Sherak as the city’s first film czar, with the goal of bringing more production back to Los Angeles and ensuring that Hollywood continues to be the film capital of the world. Sherak often joked about the salary — $1 per year — but said that he saw the newly created position as a way of giving back to the city where he spent so much of his career.

The star is located near 6906 Hollywood Blvd., across from the Dolby Theater where the Oscars are held.