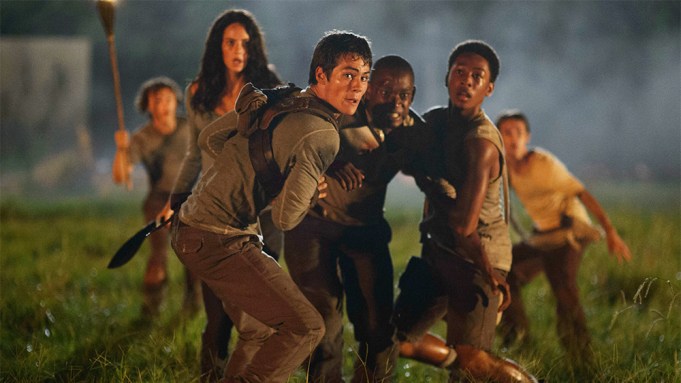 Fans of James Dashner’s YA novel “The Maze Runner” have gotten the first trailer for the film adaptation from director Wes Ball, and it’s as action-packed as they could have hoped for.

In the official trailer for “The Maze Runner,” Thomas (“Ten Wolf’s” Dylan O’Brien) wakes up in an elevator that takes him to an unknown place where 50-plus boys are trapped, surrounded by a giant maze. The only way to escape is through it, but no one has ever survived a night in the maze.

But everything changes when the elevator drops off this closed off world’s first girl (Kaya Scodelario), who immediately recognizes Thomas. Together, they realize what they have to do not only to escape, but also to find out who put them there.