Watch the First Teaser for ‘Star Wars: The Force Awakens’ 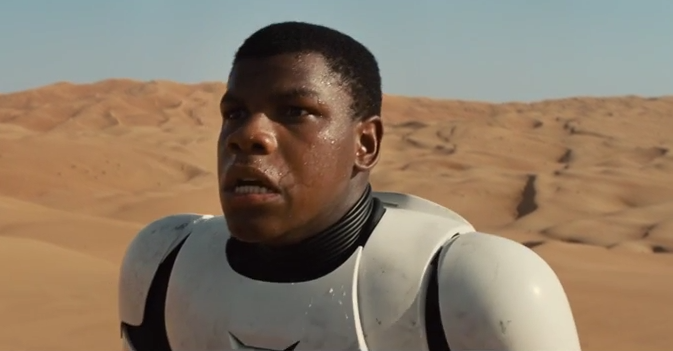 The first teaser for J.J. Abrams’ “Star Wars: The Force Awakens” has hit the Web.

“There has been an awakening — have you felt it?” Asks an ominous voice in the opening moments of the teaser.

The 88-second tease, which debuted at 30 select theaters and on iTunes on Friday, offers the first real glimpse at the highly anticipated Disney movie, the plot details of which have been kept tightly under wraps. While the teaser reveals no major plot points, we catch a glimpse at some new droid and lightsaber tech, stormtroopers preparing for battle and a first look at franchise newcomers John Boyega and Daisy Ridley. Han Solo’s Millennium Falcon also makes its triumphant return to the skies.

The seventh film in the “Star Wars” universe will take place 30 years after 1983’s “Return of the Jedi,” according to Disney chief Bob Iger.

Abrams and partner Bryan Burk are producing this film through their Bad Robot banner with Kathleen Kennedy producing for Lucasfilm. Abrams and Lawrence Kasdan did a recent rewrite to the script.