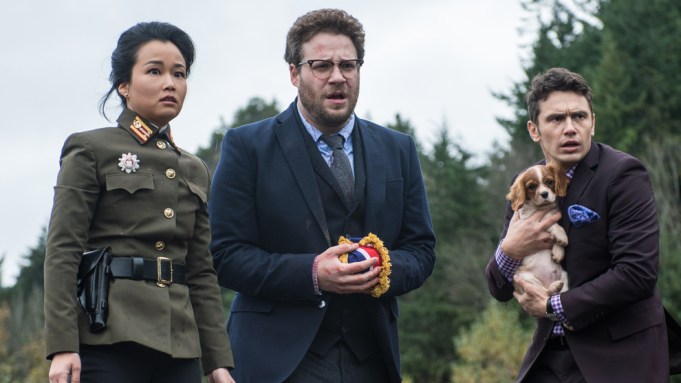 The cyber-attack targeting Sony Pictures uncovered a few more confidential details on Wednesday in what’s quickly evolved into a publicity nightmare for the company.

Seth Rogen was reportedly paid $8.4 million for “The Interview,” according to new data obtained by Bloomberg, while his co-star James Franco earned $6.5 million for the comedy.

“The Interview,” about two journalists tasked with assassinating North Korea dictator Kim Jong-un, is at the center of a recent hack attack at Sony. Several new films leaked online as a result of the computer breach in addition to personal data and salary information about the Sony Pictures’ top executives.

The FBI is investigating the corporate hacking, which is one of the worst of its kind in history.

The hackers, identifying themselves as “The Guardians of Peace,” have claimed that more information will be released about the movie distributor in the next few weeks.

North Korea, meanwhile, has yet to deny its involvement in the computer breach, telling the media to “wait and see” if the country is actually retaliating for Rogen and Franco’s new comedy, which opens Christmas Day.