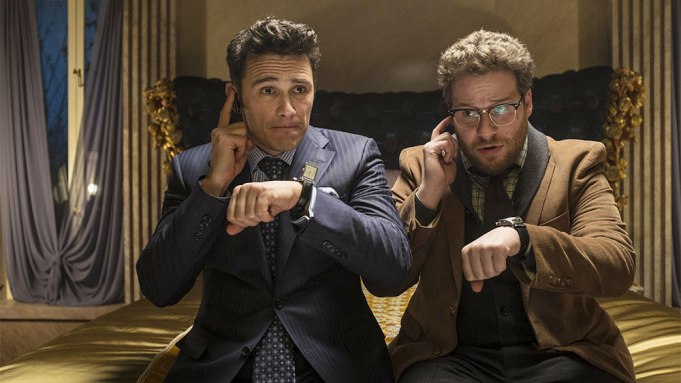 A group calling itself GOP posted a message online on Monday that warned Sony to stop “immediately showing the movie of terrorism which can break the regional peace and cause the war.”

GOP — which stands for Guardians of Peace — did not specifically identify the movie. Authorities have been investigating whether the hacker attack is in some way be connected to “The Interview,” the movie that has generated condemnation from the government of North Korea.

The message from GOP said that they “have given our clear demand to the management team of Sony, however they have refused.”

The note also included a link connected to the names of Amy Pascal and Stephen Mosko.

A spokeswoman for Sony said they had no comment. An individual close to the studio said that they have received no demands.

The message also claims to “know nothing about the threatening email received by Sony staffers,” an apparent reference to a message received on Friday that authorities also are investigating.

The North Korean government has denied involvement in the hacker attack. But it has issued threats about the movie, a comedy in which Seth Rogen and James Franco play entertainment journalists who get recruited by the CIA to assassinate North Korean leader Kim Jung Un.

Last week, Social Security numbers from tens of thousands of employees were leaked online, along with other information including the salaries of Rogen and Franco.