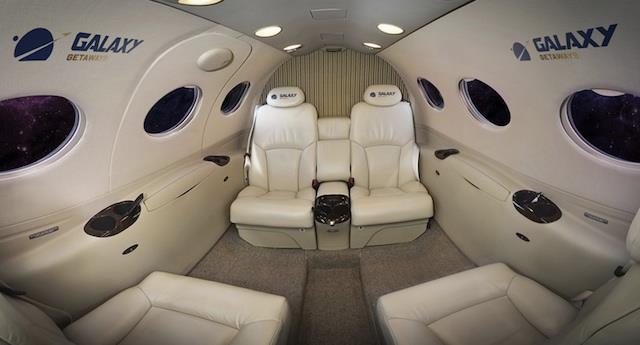 In one of the more clever film promotions from a studio, Marvel has launched Galaxy Getaways online as a travel agency that introduces otherworldly destinations that will be featured in “Guardians of the Galaxy.”

The site so far features three destinations — Xandar, Morag and Knowhere — with images, Google street views of the planet’s streets, and even recommendations of where to eat. Gluborg’s, for example, is the first eatery in the galaxy to receive five stars.

The starships (see above) feature extra large arm rests and ultra slim beverage carts, according to the site.

Warning: You might get Earthsick, according to the site.

While most movie websites these feel like glorified press kits, providing trailers, a few photos, and loads of text coldly detailing the film’s plot, Galaxy Getaways actually gets potential audiences interested in wanting to see “Guardians,” but also does double duty in helping introduce the sci-fi worlds that are foreign to most audiences.

And that’s going to be key for Marvel and Disney as they try to launch a new franchise whose cast of misfit characters don’t have the same recognition factor as Iron Man, Thor or Captain America.

In an other clever nod, when searching for the nearest launchpads to make your trip, the address finder identifies area theaters.