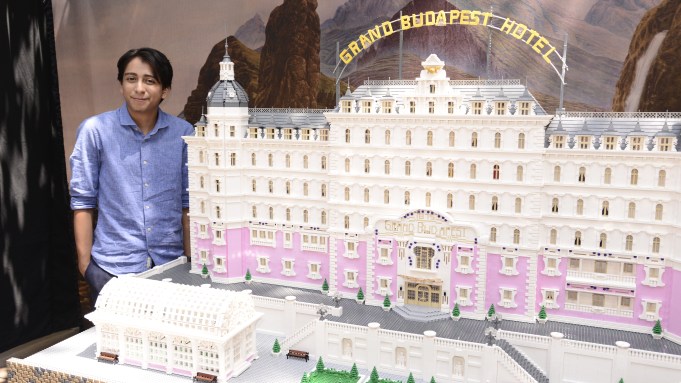 So when Twentieth Century Fox Home Entertainment looked for a way to promote “The Grand Budapest Hotel,” it turned to the small blocks — and experts that know how to use them — to recreate the location in Wes Anderson’s comedy.

Ten builders used 50,000 Lego bricks to build the Grand Budapest Hotel, which was on display at the Grove shopping center in Los Angeles through June 15 (watch the detailed process in the video above). The structure will be shown off again June 19-Aug. 31 at L.A.’s A+D Architecture and Design Museum’s “Come In! S, M, L, XLa” size and scale exhibit.

At a time when it’s getting harder to drum up buzz for homevideo titles, especially films that are more independent in nature, the Lego promo is an inventive one. Timing of “The Grand Budapest Hotel’s” June 17 bow on DVD and Blu-ray also comes as WB is releasing “The Lego Movie” on homevideo formats, helping its cause when consumers search for it online.

The team was led by Anderson fan Ryan Ziegelbauer, who spent 575 hours building the replica.

The Lego bricks that were used came from collectors and wholesalers in Lithuania, Poland, Latvia, Germany, Italy and 14 different states in the U.S.