Seoul, You’ve Been Warned: Joss Whedon Apologizes for ‘The Avengers: Age of Ultron’ 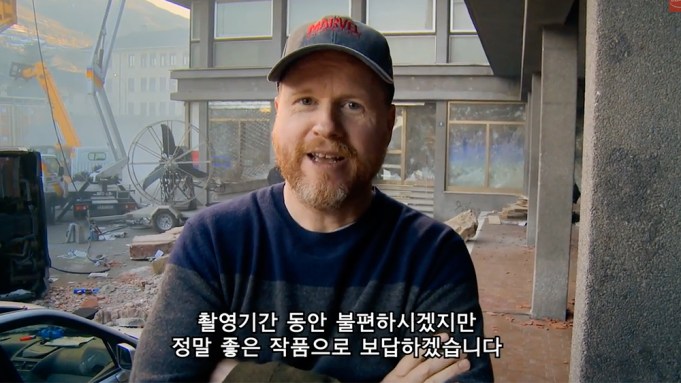 Joss Whedon turned to YouTube to warn the citizens of Seoul that filming for “The Avengers: Age of Ultron” will create potential headaches for them when planned action sequences force streets to be shut down, causing traffic congestion.

“We are going to mess it up a bit and inconvenience some people for a few days and I apologize for that,” he said in the friendly gesture, while sharing his love for the city. “I know what that’s like. I live in Los Angeles. It happens to me all the time and it’s not fun. I hope that it will be worth it.”

The Marvel Studios production recently spent several days in Italy, where the first looks of Elizabeth Olsen as Scarlet Witch, and Aaron Taylor-Johnson as Quicksilver, were revealed.