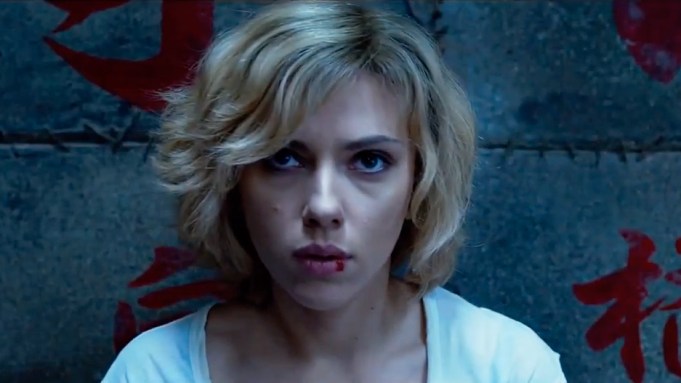 The movie, set in the Taiwanese capital Taipei, centers on Johansson’s character accidentally ingesting a drug she was carrying — giving her massive intelligence and superhuman strength. It also stars Morgan Freeman as a scientist.

The trailer shows a determined Johansson escaping from her captors as the drug takes hold and easily destroying all obstacles in her path.

“Lucy” has been described by Besson as being a film “about pure intelligence.” “We’re basically using 10 percent of our brain. What happens when we use more?” he told reporters in November, after wrapping an 11-day shoot in Taipei.

“Lucy” is produced by EuropaCorp and Gaul’s TF1 Film production, with backing from paybox Canal Plus. “Lucy” started shooting in mid-September at Besson’s Cite du Cinema megastudio in the outskirts of Paris.

Universal will release the film on Aug. 8.