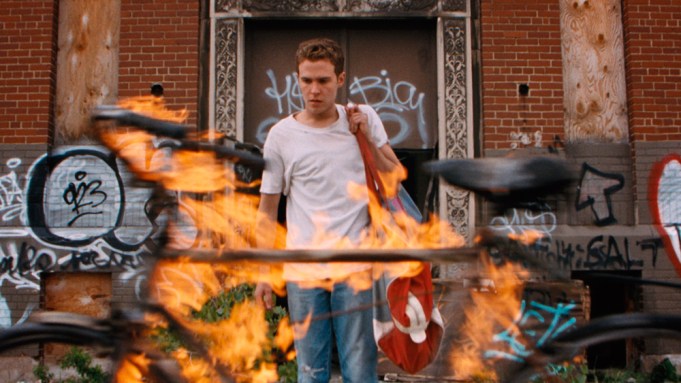 The first teaser for Ryan Gosling’s directorial debut, “Lost River,” is a riddle, wrapped in a mystery, inside an enigma.

The fantasy thriller, which premieres at Cannes on Tuesday as an “Un Certain Regard” selection, follows a single mother of two (Christina Hendricks) who finds herself in a dark underworld, while her son (Iain De Caestecker) stumbles upon a road that leads him to an underwater town.

The teaser trailer looks to be set in a dreamscape in which De Caestecker’s character Bones is being harassed by Matt Smith’s character Bully, who chants “Look at my muscles” in between surreal images of fire and destruction — not unlike a typical “Doctor Who” fan’s dreams.