Watch: ‘Pitch Perfect 2’ Trailer Takes the Bellas to the A Capella World Championships 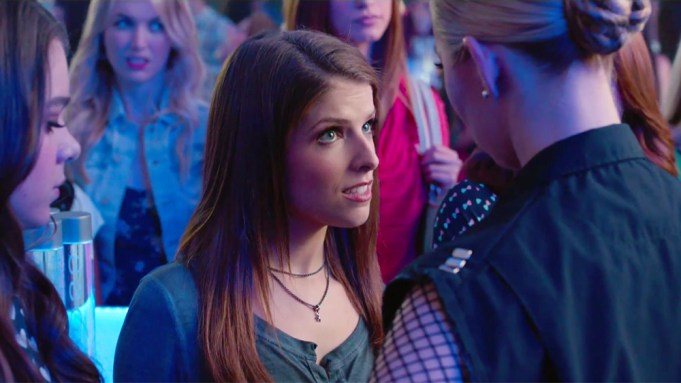 Prepare to be pitch-slapped, a-ca-fans — the trailer for Universal’s “Pitch Perfect 2” has arrived. The hotly anticipated sequel to the 2012 sleeper hit will take the Barden Bellas to the world championships of a capella, where our ladies will be at a distinct disadvantage, since a U.S. team has never won because “the whole world hates us.”

Original stars Anna Kendrick, Rebel Wilson, Skylar Astin, Brittany Snow, Anna Camp and Adam DeVine are returning for the follow-up, along with new additions including Hailee Steinfeld, Chrissie Fit and Katey Sagal. Elizabeth Banks will make her big screen directorial debut with the comedy, as well as reprising her role as a snarky vocal judge alongside John Michael Higgins.