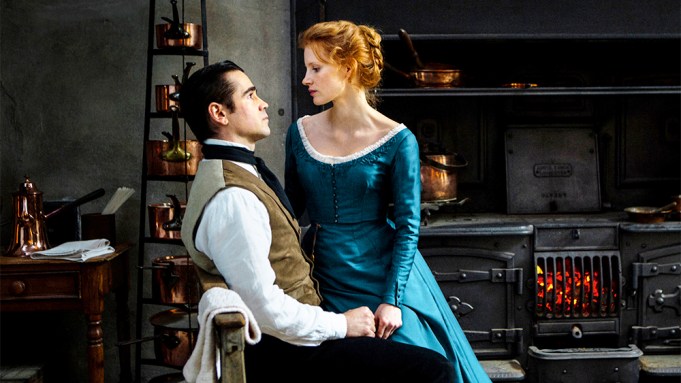 The deal comes three weeks after the drama, directed by Liv Ullmann, premiered at the Toronto International Film Festival.

Based on the August Strindberg play, the film was produced by Synnøve Hørsdal, Oliver Dungey and Teun Hilte.  Wrekin Hill will release the film in theaters in December.

The film is set during the course of a midsummer night in Ireland in 1890 with Chastain portraying an unsettled daughter of Anglo-Irish aristocracy, who encourages her father’s valet (Farrell) to seduce her. The valet is already engaged to the cook, played by Morton.

The deal was negotiated by Chris Ball and Rene Cogan for Wrekin Hil with CAA on behalf of the filmmakers. Wild Bunch is handling foreign sales.