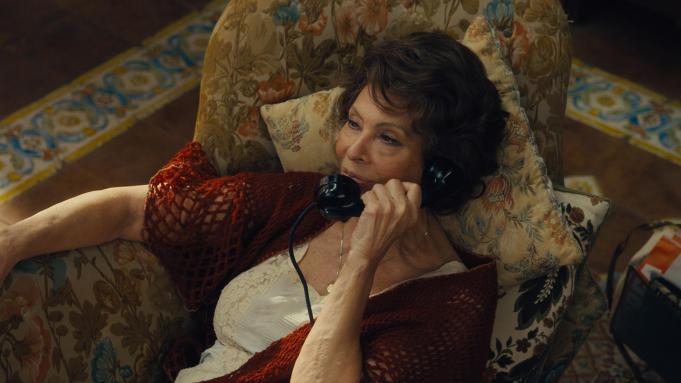 ROME – After being honored in Cannes, Sophia Loren will be celebrated by Italy’s David di Donatello film awards, the country’s top film nods, with a special prize for her performance in “La Voce Umana” (“Human Voice”) the short directed by her son Edoardo Ponti which screened at the fest.

The 79-year-old Loren, who last week also held a Cannes masterclass about her glorious 60-year career, will be attending the David  prizes ceremony in Rome on June 10.

In Ponti’s “Human Voice” (trailer above) which is inspired by Jean Cocteau’s one-woman monologue, Loren plays Angela, a woman who is speaking on the phone with a lover who has left her. His voice is never heard. Loren is reprising a role played by Anna Magnani in Roberto Rossellini’s 1948 “L’amore.” Loren has said that seeing  Magnani’s performance in that Rossellini’s pic, when she was 14, prompted her to want to become an actress.

The frontrunners for the 58th edition of the David Awards are Paolo Sorrentino’s foreign-language Oscar winner “The Great Beauty” and Paolo Virzi’s economic crisis thriller “The Human Capital,” which Film Movement will release Stateside.