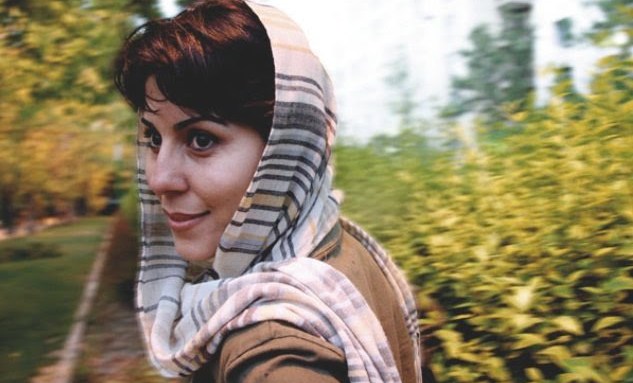 Concern is mounting in the international film community over Iranian director, actress and women’s rights activist Mahnaz Mohammadi who on June 7th reportedly began serving a five year sentence in Iran’s Evin Prison, on the outskirts of Tehran, on charges of “plotting against state security” and “propaganda” against the Iranian regime.

The charges are purportedly prompted in part by allegations that she shot documentaries for the banned BBC Persian service and other Western outlets, and also worked for Al-Jazeera, besides her work on a docu about the disputed 2009 presidential elections that Mahmoud Ahmadinejad at the time claimed to have won.

The Evin prison, known for its political activist wing, is sometime referred to in Iran as “Evin University” due to the number of intellectuals who have been detained there.

“I have never worked with the BBC, and none of my films have ever been broadcasted on this network,” Mohammadi told the International Campaign for Human Rights in Iran (ICHRI) earlier this month. “I have also been charged with having relations with al-Jazeera English, German and American media, Radio France International, and Voice of America,” she added.

Iran has a history of arresting people for alleged links to BBC Persian, the satellite service watched by millions across the country, despite being banned.

In 2011 prominent indie distributor and producer Katayoon Shahabi was incarcerated for three months on trumped-up charges of collaborating with BBC Persian.

Mohammadi has long been a passionate fighter and voice for women’s rights in Iran. She directed the short documentary “Women Without Shadows,” about the conditions of homeless and mentally handicapped women in Iranian state-run shelters, and contributed to Rakhshan Bani-Etemad’s “We Are Half of Iran’s Population,” a docu on women’s demands during the disputed 2009 vote. The disputed outcome of that vote caused millions of Iranians to take to the streets in protest.

Her work on “We Are Half of Iran’s Population” brought to Mohammadi’s arrest on June 26th 2011 and incarceration in the Evin jail for about a month. Previously, in May 2011 Iranian authorities had seized Mohammadi’s passport to prevent her from travelling to Cannes for a screening in the fest’s ACID section of helmer Reza Serkanian’s relationship drama “Marriage Ephemeral,” in which she played the lead.

Mohammadi also directed 2006 docu “Travelogue” which shows many modern Iranian ills and contradictions, including disaffected people leaving the country, and touches on homosexuality.

She was summoned earlier this month to start serving her five-year sentence, initially handed down in October 2012 and later upheld in an appeals court.

Though Iran’s current president Hassan Rouhani is considered much more open-minded and progressive than his predecessors, he is also believed to be in a tough spot to act in this and other similar crackdown cases since Iran’s hardline judiciary is allegedly independent.

France’s Film Directors’ Guild (Société des réalisateurs de films) in a statement on Thursday (June 19) condemned Mohammadi’s incarceration, calling it a “new attack made to freedom of creation and expression in Iran.”

The Gallic guild has issued a petition and called for an international mobilisation for Mohammadi’s cause.

To sign the petition send an e-mail to : hrosiaux@la-srf.fr

Here is a link to the petition: http://www.la-srf.fr/article/pétition-pour-la-libération-de-mahnaz-mohammadi

The day before her imprisonment, Mohammadi shot and recorded a powerful video message which the petitioners have made available (see above video)