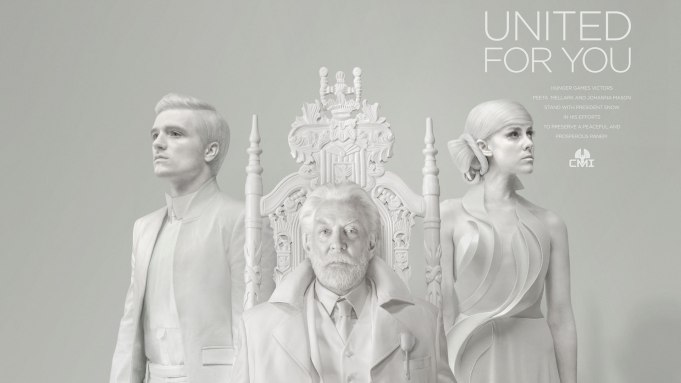 The latest teaser trailer for “The Hunger Games: Mockingjay — Part 1” has an important message for the citizens of Panem: unity.

While President Snow’s (Donald Sutherland) latest propaganda campaign — which features captured victors Peeta Mellark (Josh Hutcherson) and Johanna Mason (Jena Malone) — is again meant to instill conformity for fear of retaliation, it doesn’t go as well as his first. Instead, the rebels of District 13 break through the telecast to give the citizens a dose of what is perhaps Snow’s biggest fear: hope.

The first half of the “The Hunger Games: Mockingjay” premieres Nov. 21 and is directed by Francis Lawrence from a screenplay by Danny Strong and Peter Craig. Jennifer Lawrence stars as the fearless Katniss Everdeen in the story based on the popular Suzanne Collins novels.