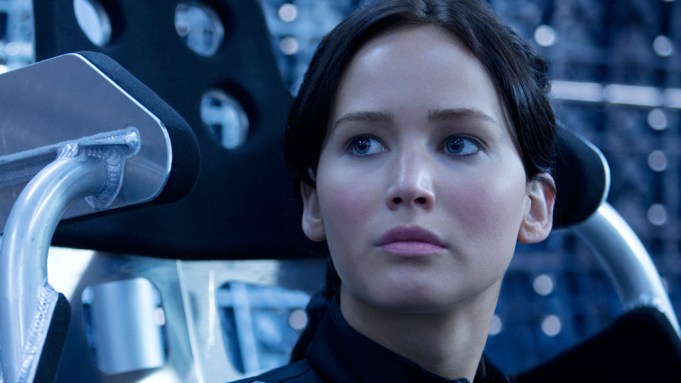 The teaser trailer for “The Hunger Games: Mockingjay – Part 1” features an ominous warning from President Snow (Donald Sutherland), hinting at the uprising to come in the penultimate installment of the blockbuster franchise.

In a “Capitol TV” presidential address, the malevolent dictator stresses the importance of Panem’s various districts standing “together as one” — and being prepared to face the consequences if they disobey.

“If you resist the system, you starve yourself — if you fight against it, it is you who will bleed,” the president insists in the propaganda video, sitting on a white throne beside an obedient Peeta Mellark (Josh Hutcherson), who was separated from Katniss Everdeen (Jennifer Lawrence) and captured at the end of “Catching Fire.”

Lionsgate has been ramping up the promotional campaign for “Mockingjay – Part 1” in recent days, releasing a series of district-themed posters celebrating Panem’s citizens earlier this week.

“The Hunger Games: Mockingjay – Part 1” is set for release on November 21.