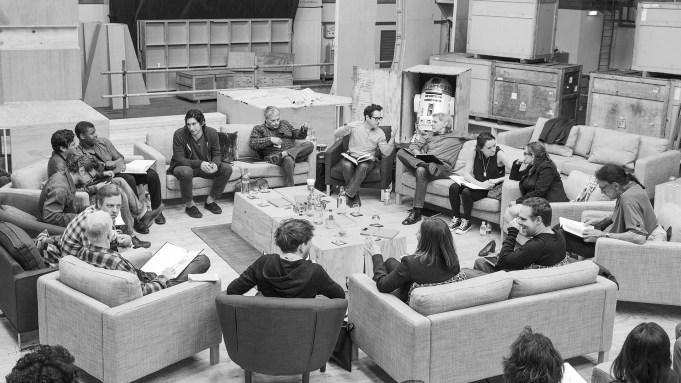 Harrison Ford, who plays the iconic Han Solo character in the “Star Wars”  franchise, has been injured on the set of Disney and Lucasfilm’s seventh installment of the series.

According to Disney, the 71-year-old actor was hospitalized in London after sustaining a bad ankle injury during filming on Wednesday.

“He was taken to a local hospital and is receiving care,” the statement assured.

Ford was shooting at Pinewood Studios in England when a hydraulic door reportedly fell down and hit him, possibly fracturing his ankle.

He was airlifted to a hospital shortly after the incident.

Filming on the J.J. Abrams-directed “Star Wars: Episode VII” is expected to continue at Pinewood Studios as the actor recovers from his injury. It’s unclear when Ford will return to work on the film, which hits theaters Dec. 18, 2015.