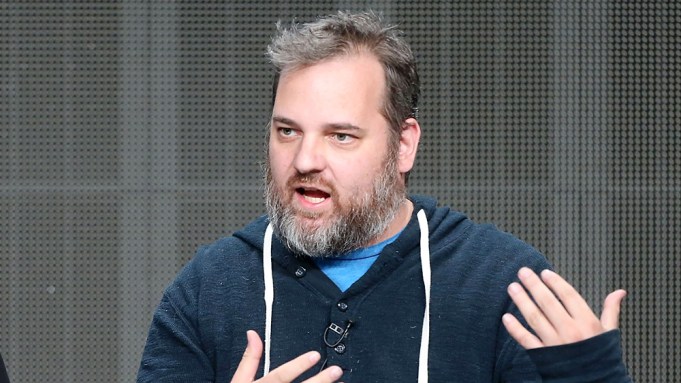 “Community” fans will get a closer look at the creator of the cult favorite comedy with the Dan Harmon documentary “Harmontown,” for which The Orchard released a new trailer on Thursday.

Neil Berkeley directs the documentary that follows Harmon after he was fired from “Community” and embarked on a tour with his podcast, performing live across the country. It touches on such subjects as the infamous Chevy Chase voicemail that Harmon played for the public and features Ben Stiller, Jack Black, Sarah Silverman, Chris Hardwick, Jason Sudeikis, John Oliver and “Community” stars Joel McHale, Alison Brie, Gillian Jacobs, Danny Pudi, Ken Jeong, and Yvette Nicole Brown.

Before “Community,” Harmon wrote for “The Sarah Silverman Program” and the Black/Stiller pilot “Heat Vision and Jack.”

“I’m his biggest fan, and I fired him,” comments Silverman in the trailer.

Though Harmon was fired ahead of “Community’s” fourth season, he returned as showrunner for its most recent fifth season on NBC and will exec produce the upcoming sixth season, to air on Yahoo Screen.

“Harmontown” will be available in select theaters and nationwide VOD beginning Oct. 3.