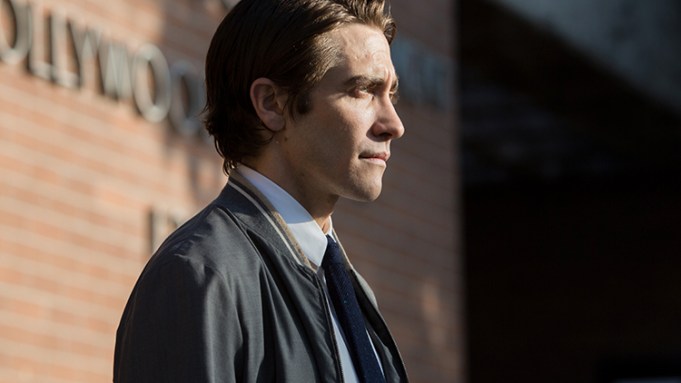 Fox Searchlight’s “Birdman” flew with seven nominations for the 72nd annual Golden Globes, followed by five apiece for “Boyhood” and “The Imitation Game.”

The 2015 Golden Globes, hosted by Tina Fey and Amy Poehler, will take place Jan. 11 at the Beverly Hilton Hotel.

Though much attention had been given to Oscar’s best actor race, this year’s directing category just got even more interesting. The Globes included the first-ever nomination for an African-American woman, with “Selma’s” Ava DuVernay. She will compete with surprise nominees Wes Anderson (“Budapest”) and David Fincher (“Gone Girl”), alongside Alejandro G. Inarritu (“Birdman”) and Richard Linklater (“Boyhood”).

Fox Searchlight led all film distributors with 12 nominations, followed by the Weinstein Co. with 10.

Voters of the Hollywood Foreign Press Assn. spread the wealth wide, with 24 films nominated for one apiece, including National Board of Review film of the year “A Most Violent Year.”

Meanwhile, “The Grand Budapest Hotel” and “The Theory of Everything” continued to rack up awards attention, with four each.

On the disappointing side, “American Sniper” and Angelina Jolie’s “Unbroken” got zero attention while “Interstellar” was practically shut out with only one nod for composer Hans Zimmer. Acting shutouts included Laura Dern, “Wild”; Hilary Swank, “The Homesman”; Timothy Spall, “Mr. Turner.”

As for the directors who didn’t make the cut with the Globes: Bennett Miller, “Foxcatcher”; Jolie, “Unbroken”; Morten Tyldum, “The Imitation Game”; Clint Eastwood, “American Sniper”; Christopher Nolan, “Interstellar”; Jean-Marc Vallee, “Wild”; and James Marsh, “The Theory of Everything.”

But all is not lost for films that were shut out or underperformed at this year’s Globes. As an Oscar omen, the HFPA prizes, which are determined by the Foreign Press, have an erratic record: Golden Globes and Academy Award best picture winners have matched in only four of the past 10 years.

Having said that there are clearly two front-runners so far: “Boyhood” and “Birdman,” which have already won over critics and AFI lists as well as Wednesday’s SAG Awards nominations. But the race isn’t over; “Brokeback Mountain” and “The Social Network” also dominated early awards, only to become also-rans in the Oscar voting.

Surprise contenders include the films “Pride,” “The Hundred-Foot Journey,” “Annie” and “Maps to the Stars.” All of these are in the musical/comedy categories. In film, the lines between laffers and dramas are often blurred, but the HFPA devotes three categories to comedies/musicals, ensuring attention is paid. This year, “Birdman,” “The Grand Budapest Hotel” and “Into the Woods” seemed like shoo-ins for a nomination, but beyond that, it was anybody’s guess.

In television, the nominations are arguably as interesting as film, since Globes have always been innovative. This year, they saluted newbies “The Affair,” “Jane the Virgin,” “Silicon Valley” and “Transparent,” among reliables like “Homeland.”

HBO led all networks with 15 nominations.

The 2015 ceremony will be broadcast live on NBC.