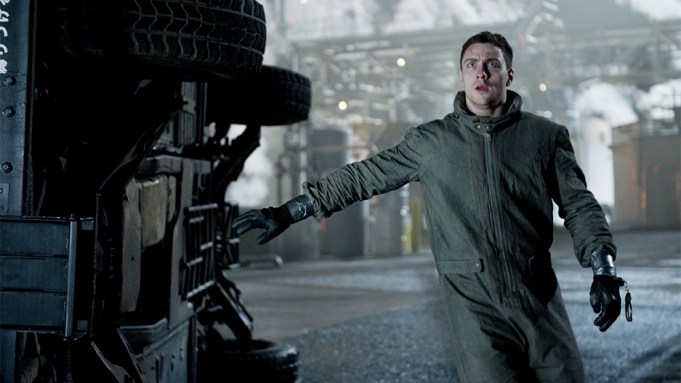 Legendary Pictures has lost an appeal in the lawsuit by three producers who allege they were unfairly tossed off “Godzilla,” paving the way for the case to go to trial.

“We agree that it appears that the parties intended to memorialize in writing the terms of their oral agreement,” she said. “The draft long-form agreement may have been an attempt to do so; but, respondents objected to many of the terms and expressly reserved the right to object to other terms. And, in any event, the draft long-form agreement indicated that it was not final until executed by the parties—it never was.”

“Substantial evidence confirms that there was never an agreement to arbitrate — the parties never discussed it, they never negotiated it and they never agreed to it,” Ashman-Gerst also wrote.

“We are pleased that the Court of Appeal has agreed with our legal and factual position,” said Larry Stein, attorney for the plaintiffs. “We look forward to presenting our case in a court of law before a jury. We are confident the jury will find in our favor.”

Dale Kinsella, an attorney for Legendary, downplayed the significance of the ruling.

“The Court of Appeals decision today decided nothing more than where Legendary’s dispute with Roy Lee and Dan Lin will be litigated,” he said in a statement. “Irrespective of the location of the forum, Legendary is confident it will prevail on the merits of the case, for which this recent ruling has no bearing whatsoever.”

Legendary had appealed a ruling in May by Los Angeles Superior Court Judge Abraham Khan that its removal of the three producers from “Godzilla” should go to arbitration.

Lin, Lee and Davison sued Legendary and its president Jon Jashni on Jan. 17 over the production company taking them off “Godzilla,” accusing Legendary of trying to avoid paying the producers millions of dollars.

Legendary had said in its court filings that the trio’s efforts had consisted only of introducing a screenwriter and providing contributing notes that were not used. Legendary asserted that the compensation for all three under the agreement is limited to a $25,000 development fee.

The counterclaim asserts that the trio relied on that 2009 pledge and spent the next several years selecting screenwriters, developing the story, characters and screenplay and readying the movie for production. It also asserts that Legendary made an oral agreement in 2010 to pay the three producers a $25,000 development fee, fixed compensation of $1.3 million and contingent compensation of 3% of first-dollar gross receipts after the trio assisted Legendary in obtaining the “Godzilla” rights from Japan’s Toho Co.

Legendary’s Thomas Tull and Jashni remain as producers, along with Mary Parent and Brian Rogers. Lin and Lee had been included as producers since the original announcement in 2010 in which Legendary also said “Godzilla” would be produced under its co-production and co-financing deal with Warner Bros.

“Godzilla,” directed by Gareth Edwards and starring Bryan Cranston, Elizabeth Olsen and Aaron Taylor-Johnson, is set for a May 16 release through Warner Bros.

Lin and Lee are producers on Warner’s “The Lego Movie.”