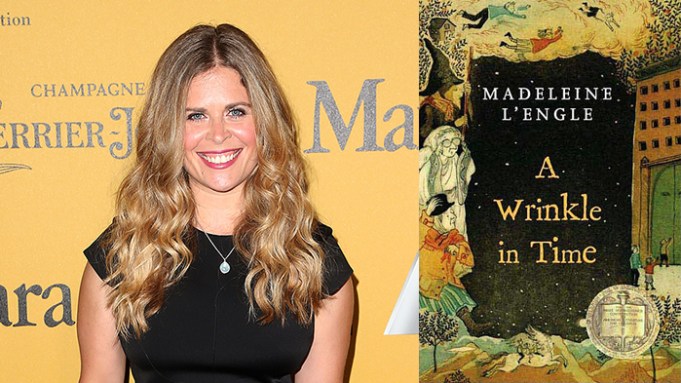 Jennifer Lee, who wrote, and co-directed “Frozen” with Chris Buck, has chosen her next project: “A Wrinkle in Time.”

Lee will write the bigscreen adaptation of Madeleine L’Engle’s book for Disney in which children travel through time and visit strange worlds in order to find their missing scientist father.

Published in 1962, “Wrinkle in Time” was one of Lee’s favorite novels as a child, and she impressed Disney executives with her take on the project, which emphasizes a strong female-driven narrative and creatively approaches the science fiction and world-building elements of the book.

While Lee adapts “A Wrinkle in Time,” she will continue in her role as part of Walt Disney Animation’s story trust and remain active in projects in development at the division that scored with “Frozen” — its biggest hit ever at the box office with nearly $1.3 billion — and has “Big Hero 6,” based on a Marvel property, out Nov. 7.

There is no director yet attached to “A Wrinkle in Time” that Jim Whitaker will produce with Catherine Hand.

Jeff Stockwell (“Bridge to Terabithia”) had initially tackled the screenplay when the project was first announced in 2010.

“A Wrinkle in Time” is the first book in L’Engle’s “Time Quartet” series that also includes “A Wind in the Door,” “Many Waters,” and “A Swiftly Tilting Planet.”

Whitaker most recently produced Disney’s “The Odd Life of Timothy Green.” His credits also include “American Gangster” and “Robin Hood.” Hand already had produced a “Wrinkle in Time” TV movie for ABC that aired in 2003.